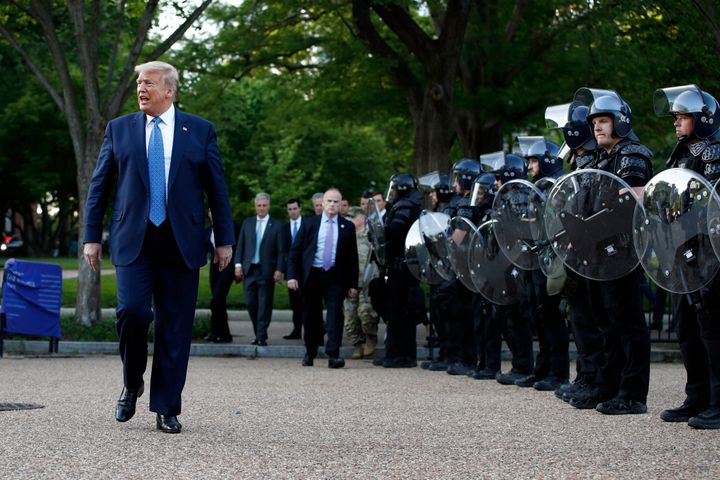 Standing in front of the historic St. John’s Episcopal Church on H Street across from the White House, President Donald Trump held a Bible in his hand like one of his patented Trump Steaks. The church, which every president since James Madison has attended at least once, suffered minor damage after a fire was set amid protests in response to the killing of George Floyd by Minneapolis police.

Link: Of Course Donald Trump Gassed Americans For A Photo-Op
via www.huffpost.com