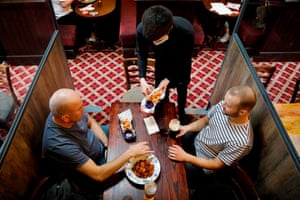 Rishi Sunak called it the ‘eat out to help out’ offer. Others said it was “Groupon government”. Either way, the chancellor made clear he wanted to get the nation eating and drinking again – at least Monday to Wednesday, during August. In one of the more surprising proposals, Sunak announced the government would pay “£10 per head for everyone, including children” for meals taken at certain restaurants next month.

Link: Chancellor’s ‘eat out to help out’ plan: how to get value for money
via www.theguardian.com